The legacy of Robert Johnson is covered in American Songwriter‘s Blues Issue in May, featuring this photo of Robert Johnson and Johnny Shines on the cover. The Robert Johnson Blues Foundation, which is managed by his family to preserve the music and memory of Robert Johnson through the provision of art education, competitions and scholarships, has long supported the authenticity of this photograph. Here is an excerpt from the magazine, which interviewed Zeke Schein, a Robert Johnson enthusiast and guitar merchant who stumbled upon the photo back in 2005 while looking at vintage guitars on eBay.

What’s your general take on Robert Johnson in terms of his influence?

In my opinion, he was the Jimi Hendrix of his time period. That’s important because what he did was take styles that already existed and sort of combined them in ways that people had not done. I think just like Hendrix coming out of the Chitlin’ Circuit and coming out of the Ike Turner school of guitar playing, Robert Johnson definitely borrowed heavily from people who came before him, but he put it out in a way that was his own and unique voice. I do think it sounds more like Chuck Berry and people who were recording at Chess Studios like Muddy Waters and Howlin’ Wolf. I think it was the origins of what we came to accept as rock music. I think it was very important, and in that time period as important as Hendrix was in the ‘60s for guitar. 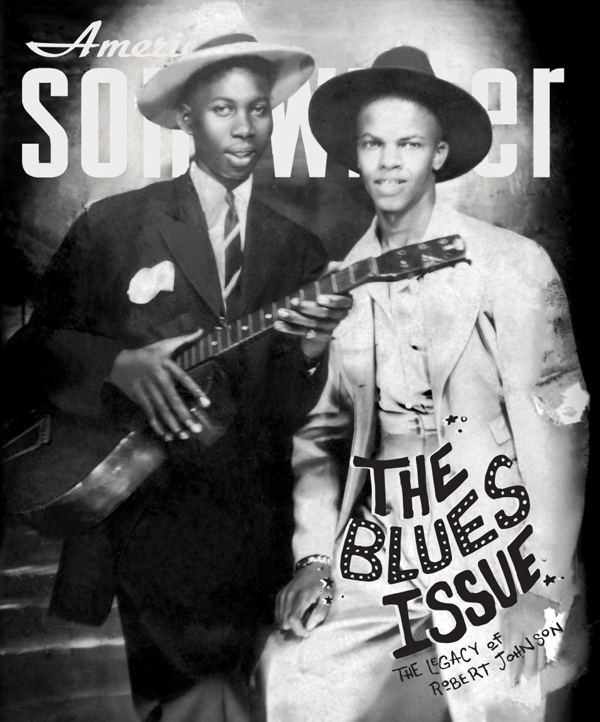